* In case of any delay in receiving the OTP, you may verify it later. Please proceed without verification.

Enter your City name or Pincode

Bhuntar a nagar panchayat town located in Kullu district of Himachal Pradesh is certainly the place where the best illustration of nature's beauty can be experienced. Surrounded by mountains, forests the region has everything to amuse its visiting guests. Every year number of tourists take trip to this beautiful mountain region with the purpose of making their holidays memorable. This place in Kullu is largely famous for a temple, which is known as "Basheshwar Temple". It is a clear example of architectural beauty. In describing its location, Bhuntar is placed as a gateway to the towns of Kullu and Manali. It has a distance of 10 km from Kullu and it has located an Airport - Bhuntar Airport, which is also describes as Kullu Airport. 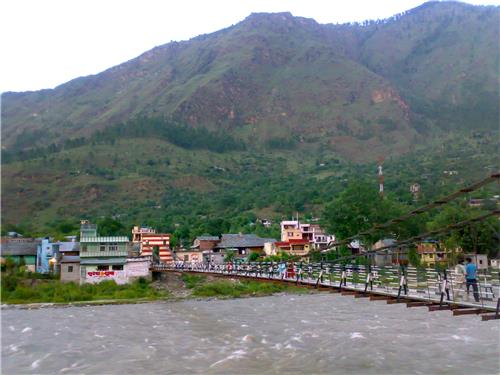 The wonderful destination of Bhuntar has also possessed a long historical background. According to some findings, Manu, the creator of civilization, has visited the place to regulate guidelines for the Hindu Gods who were responsible for governing the people living in the society. The city saw the rule of Pal dynasty, Thakurs and Ranas. In the 17th century, the area of Bhuntar was ruled by Sikh rulers under the leadership of Raja Sidh Singh. They continued ruling this place till the 18th century but in 1846, Bhuntar came under the administration of the Britishers. During the freedom struggle too, the residents of this place fought peacefully against the British rule. In the post Independence era, Kullu became the sub division of Kangra district and Lahaul-Spiti was combined with Kullu for administrative purposes. In the year 1960, Lahaul-Spiti separated from Kullu to become a district and in 1963, Kullu was declared as a district of Punjab until October 1966. On 1st November 1966, Kullu was taken out from Punjab and became the constituent part of Himachal Pradesh as a district. Thus, the region of Bhuntar also came under Kullu district.

Before traveling around an exotic destination, a holiday seeker has to be very concerned with the climate conditions to know the best season to visit the city. However, Bhuntar in Kullu district remain cools throughout the year. You can explore the town during winter season as the temperature remains cool and suitable for sightseeing. The average temperature during this season remains around 10°C - 15°C from the month of December till February. However temperature during summer season ranges from 8°C to 20°C between months March to May. Gentle breeze in the evening provides perfect ambiance to the inhabitants here. Monsoon season arrives in this city in June and lasts up to September.

The city of Bhuntar celebrate their festivals with great enthusiasm. The inhabitants of this town celebrate various events and festivals to make their life enjoyable. However, most of the festivals in Bhuntar are celebrated across north India in which the festival of lights, Diwali, is the most important one. Celebrated in the month of October or November, people used to worship Goddess Lakshmi during this festival and the entire area lightens up with candles, Diyas and different colors of lights. Apart from that, people here also celebrate festivals like Holi, Dusshera and Basant Panchami with great enthusiasm. Some local festivals are also solemnized wholeheartedly throughout Bhuntar region. 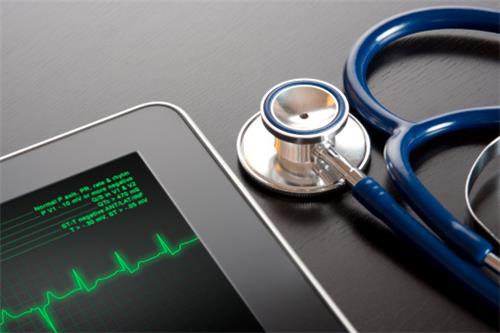 To cater to the medical requirements of its people, the administration of Bhuntar city in Kullu district has located several government and private hospitals in which all kinds of treatments are provided via contemporary equipments and experienced doctors and nursing staff. The locals Bhuntar enjoy access to modern medical facilities. Various hospitals and clinics located here are well equipped to deal with any emergency situations. Besides that, there are many private clinics, dispensaries and chemist shops also located at the varied regions of Bhuntar city. Here are some of the medical centers located in and near to Bhuntar.

The presence of post office in Bhuntar city fulfills many daily requirements of its inhabitants. It is a sub office branch which comes under Mandi Division, Shimla Head Quarters, Himachal Pradesh Circle. Its head office is located in Kullu district. The people of this region enjoys various benefits from the postal services offered by the post office. They can easily send courier or money order to their near and dear ones residing in other places of the country. Besides that, several monetary benefits are also provided to the people in the form of fixed deposits and various income schemes. Here is the complete address of Bhuntar's Post Office.

The inhabitants of Bhuntar enjoy various public utility services in which banking is the most important one. Some top government and private banks of the country have established their branches at this beautiful city in Kullu district. Punjab National Bank, HDFC Bank, Union Bank of India, State Bank of India and many more banks have their branches in Bhuntar in which all kinds of monetary services are provided to the people. At the given below lines, you will get to know all the important information about these banks in Bhuntar:

The town of Bhuntar grabs the attention of various holiday seekers through its cultural, architectural and natural sightseeing attractions. The most visited tourist attraction in this city is Basheshwar Mahadev Temple, which is placed near to Beas River in Bajaura Village. This temple is dedicated to Lord Shiva and it is also famous for its ancient stone carvings and sculptures. In fact, it is the largest stone temples in Kullu area. Basheshwar Temple further features a Linga of Lord Shiva besides idols of Goddess Parvati, carvings of Lord Ganesha, Lord Vishnu and Goddess Durga. Adi Brahma Temple is also quite popular among the tourists. It is dedicated to Lord Brahma, the creator of the earth. This temple is being prepared of wood in the Pagoda style with four roofs and an idol of the God placed at the center. Its main door has carried carvings describing epical stories and many local festivals like Khokan, Mohal, Bhulang Birshu, Rohlgi and Naagni Birshu are celebrated at Adi Brahma temple. 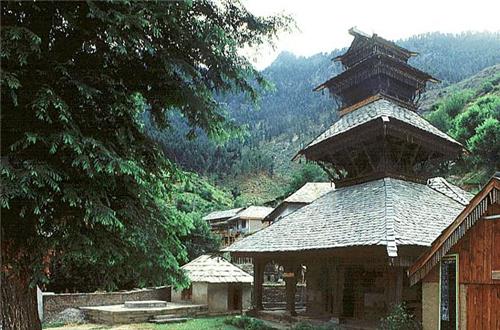 Adi Brahma Temple
For the nature's lovers, the region of Bhuntar also provides magnificent places where they can spend their holidays. The most visited of them is the Great Himalayan National Park, which is nestled in the proximity to Bhuntar. It is also known as Jawaharlal Nehru Great Himalayan National Park. It is comprised of snow-capped peaks and alpine meadows covered with flowers. The Park provides shelter to many animals such as Himalayan musk deer, brown bears, rhesus macaques, langurs, wild sheep and black bears. Apart from these tourist places in Bhuntar, one can also visit Triyug Narayan Temple, Devi Jagannath Temple and Bijli Mahadev Temple, which have several cultural and historical features.

Apart from the splendid tourist attractions, the city of Bhuntar also is home to many hotels providing awesome hospitality to its customers. By staying at any of these properties, the tourists will have a wonderful opportunity to enjoy the picturesque view of the surroundings along with easy accessibility towards the city's places of interests. The rooms in Bhuntar hotels are adorned with modern features which guarantee a comfortable sojourn to the guests. Besides the accommodation, they also have wonderful dining places where a wide range of cuisines are served to the people of varied tastes. So, here are some hotels located in Bhuntar city of Kullu district.

Bhuntar in Kullu, Himachal Pradesh, provides a pristine opportunity for the tourists to enjoy shopping activities. However, there is no shopping mall here but the tourists can consider nearby places particularly the astonishing place of Kullu to satisfy their shopping desires. The city is comprised of many local markets where you can buy things as per your requirement besides the famous things of Himachal Pradesh such as Kullu Caps, Shawls and Baskets. In mentioning the names of shopping places here, Akhara Bazaar and Bhuttico the Mall are quite popular among the tourists but there are also many places where shopping can be enjoyed.

While having fun in traveling around Bhuntar city, the tourists can also entertain themselves by tasting scrumptious local and international food items served at the various restaurants of the city. In fact, these dining places spread across different localities of the city and many of them are located in the vicinity of its tourist attractions. They offer vegetarian and non-vegetarian food, fast foods, local cuisine and some flavors of international drinks. However, here are the names and contact addresses of the famous restaurants in Bhuntar: 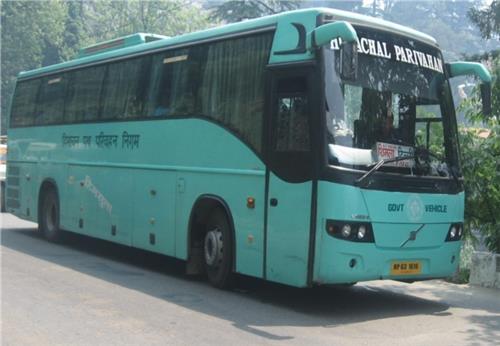 Bhuntar city of Kullu has wide range of options for the transportation. It has its own domestic airport with the name of Bhuntar Airport or Kullu Manali Airport. It is well connected to several major cities of north India such as Shimla, New Delhi, Chandigarh and Dharamshala. The international travelers can take flight up to Delhi and then board further flight to Bhuntar Airport. Furthermore, the nearest railway station to the town is Pathankot Railway Station which has a wide railway network across the region of North India. The cities like Mumbai, Jammu, New Delhi, Ahmedabad, and Jaipur are well linked to this railway station via trains like Sealdah - Jammu Tawi Express, Jhelum Express, Jammu Tawi - Ahmedabad Express, Hatia-Muri Link Express and Himsagar Express. One can also reach at Bhuntar from Chandigarh, Punjab, Jammu and Haryana via many Himachal Pradesh State Road Transport Corporation (HPSRTC) buses and private buses. This beautiful town is placed around 11 kms from Kullu, 50 kms from Manali, 60 kms from Mandi and 195 kms from Shimla.


Bhuntar at a glance

Comments / Discussion Board - About Bhuntar